One of the more intriguing characters in the long, colourful history of Tredegar House is its last occupant, the exotic Evan Morgan, 2nd Viscount Tredegar. As Aldous Huxley described him: "poet, painter, musician, aristocrat and millionaire. The unique fairy prince of modern life."

'Hush, Hush: The Peculiar Career of Lord Tredegar' has, in many ways, been twelve years in the making. Based on hundreds of letters and documents from the largest unpublished private archive of Evan material, and interviews with his friends and contemporaries, the book explores this extraordinary man's long-running ties with military intelligence, the Vatican, the early Nazi regime, various Royal Families, the occult underworld, and - not to forget - Polite Society, and begs to ask the question: Should we take this eccentric a bit more seriously?

You can get the very latest news on 'Hush Hush' by 'liking' our Facebook page, here

Update: For those non Facebook-ites or Twitterers, you can now read all about the book on the 'Hush, Hush' blog. Click on the famous faces to see where they fit into the strange story of Evan Morgan, here 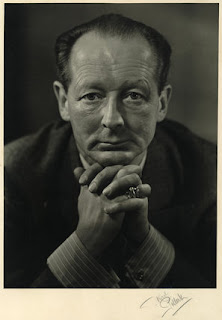 The sinking of Miles Morgan's ship Red Lion of Newport, with the loss of all hands, heralded another period of uncertainty for the Morgans of Tredegar. Since Miles was declared an 'outlaw' on his death, his estate was due to be sequestrated. Once again, the Morgans seemed to have lost Tredegar, and once again they managed to bounce back. A resilient bunch.

Technically the Tredegar Estate should have passed directly to the childless Miles' brother-in-law, Thomas (the son of the Roman Catholic, Rowland Morgan), who lived at Machen. The sequestration muddied the waters considerably, as did the fact that nobody seems to have done anything about said sequestration. After the declaration there seems to have been much thumb twiddling and whistling, but very little sequestrating. This might well have given Thomas valuable time in which to plan his response.

Fortunately for the Morgans, Thomas was the ideal person to head the family at a time of legal strife. He had spent ten years, (1567-1577) at The Middle Temple. At this period The Middle Temple was attended not just by those who wished to pursue a legal career, but also by the sons of the nobility and gentry, who wished to gain a polished education. It was an academic establishment which, understandably, focussed heavily on legal training. These legal studies would serve Thomas Morgan of Machen well in the struggle that was to come. 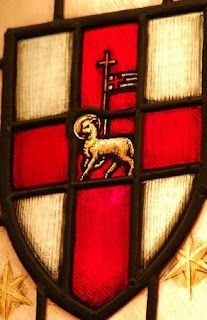 Whether hatched by Thomas or not (the likelihood is that it was) a remarkable 'conspiracy of ignorance' was launched when the gears of sequestration finally started to grind into motion. Tredegar, and all its contents, had to be valued. The problem was, nobody seemed to remember anything that was in the House. The authorities must have thought that they had found the right man to assist them in Phillip Madock of Mendellgyffe; after all, Master Madock had earlier prepared an inventory of the mansion. Alas, it would seem Madock was becoming rather forgetful. He had a poor memory regarding the contents of Tredegar House but, ever helpful, although he couldn't remember how many silver cups there were at Tredegar, he "thought there was a salt."

The eventual result of all this was that Thomas Morgan eventually succeeded to the Tredegar Estate. A document of 1584 states that he 'repossessed land of the deceased outlaw, Miles Morgan, on the payment of £5565'. His Middle Temple education had served him well.

Thomas went on to serve as Sheriff of the county in 1582, and as Member of Parliament for Monmouthshire in 1588-89. He married Elizabeth Bodenham of Hereford (the second Morgan-Bodenham match-up) and they had issue, thus securing the line. Thomas's brother Henry was set up at Llanrumney. It has been suggested that from this Henry's line descended the famous Sir Henry Morgan of the next century.

Thomas died in 1603. Presumably leaving behind a very detailed inventory of his possessions to his eldest son. And almost certainly "a salt."

With the National Trust taking over the running of Tredegar House very shortly, I thought it might be an opportune moment to resume my rather laboured history of the Morgans of Tredegar. With an almighty push we might be able to get over the finish line just in time. 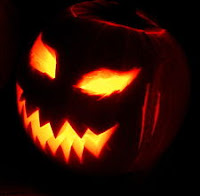 It seems to come around so quickly. Night One of the infamous Tredegar House Halloween event has been concluded. Judging from the screams (and the sound of chainsaws) it seems to have had its usual impact on visitors.
Did you attend? Did you survive? Feel free to comment.
Posted by Paul Busby at 7:35 AM 10 comments: 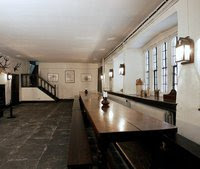 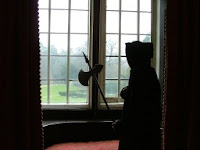 It's that time again. The fake cobwebs go up (which can be very confusing for the housekeeper) and the doors to Wales' finest 17th century house are thrown open to celebrate that dark, murky, time of year, Halloween.
Expect vampires ('sparkly' ones), werewolves, insane clowns, a not altogether stable butcher, the faint hum of a chainsaw or two, and much more.....
Did you survive Halloween at Tredegar House? Comments and feedback always welcome.
Posted by Paul Busby at 3:47 PM 19 comments:

BBC Radio Wales are airing a programme about Lord Tredegar's daughter, Gwyneth Morgan, and her tragic fate, this Sunday. Listen in if you can!

'Past Master'
Phil Carradice investigates the strange disappearance of Hon Gwyneth Ericka Morgan, the beautiful Welsh heiress, who fell victim to illegal drugs during the 1920s.
Posted by Paul Busby at 11:20 AM 11 comments: